Aiming for a goal using items.

Make a way with blocks.
Break a block with a hammer.
etc...

Item is useful. But you need coins.
When you clear the stage, high score if you have a lot of coins.

i guess i am good at this game 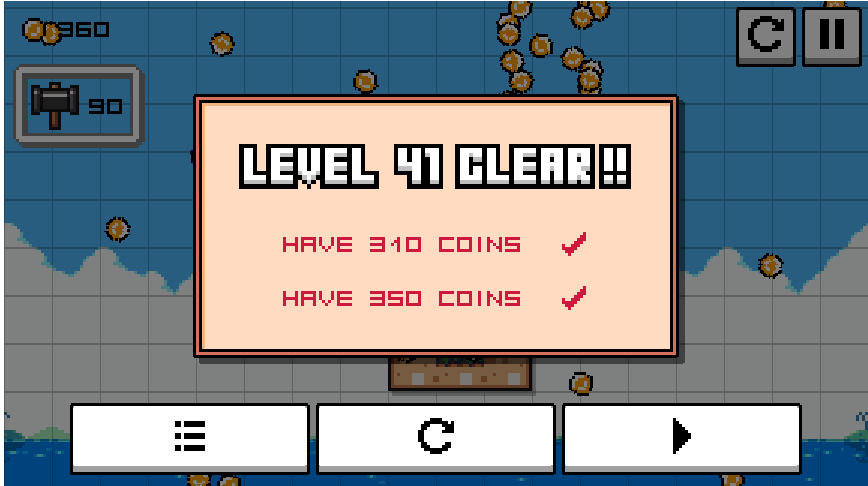 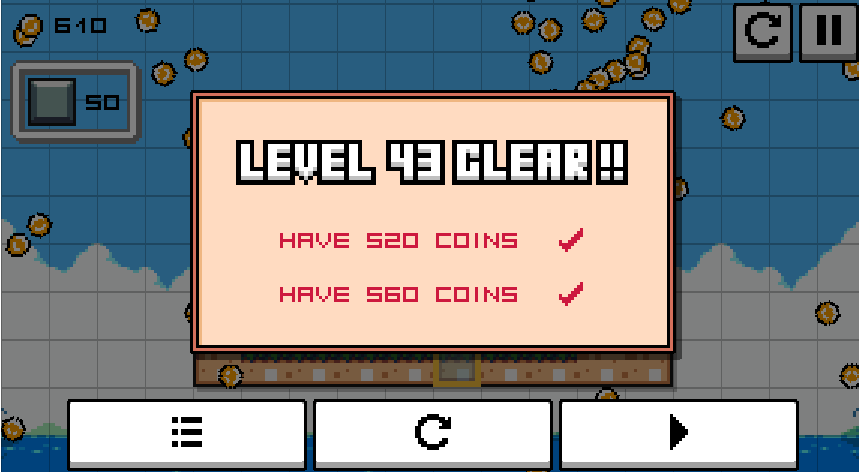 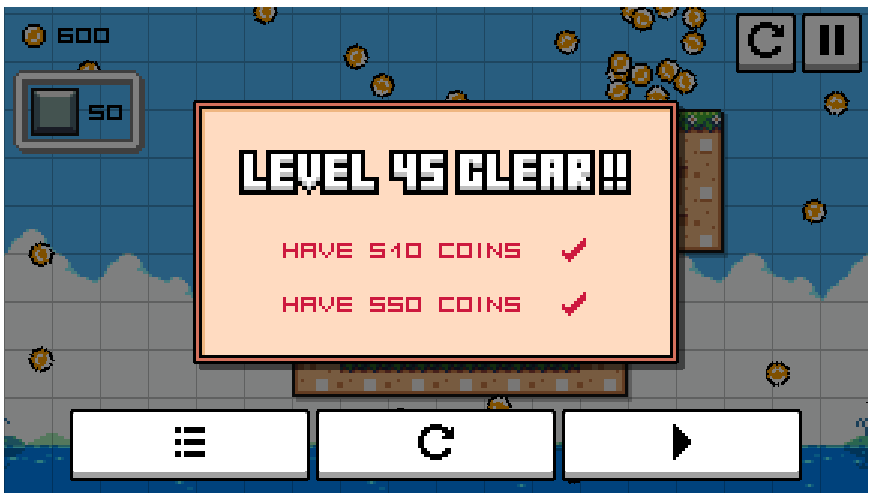 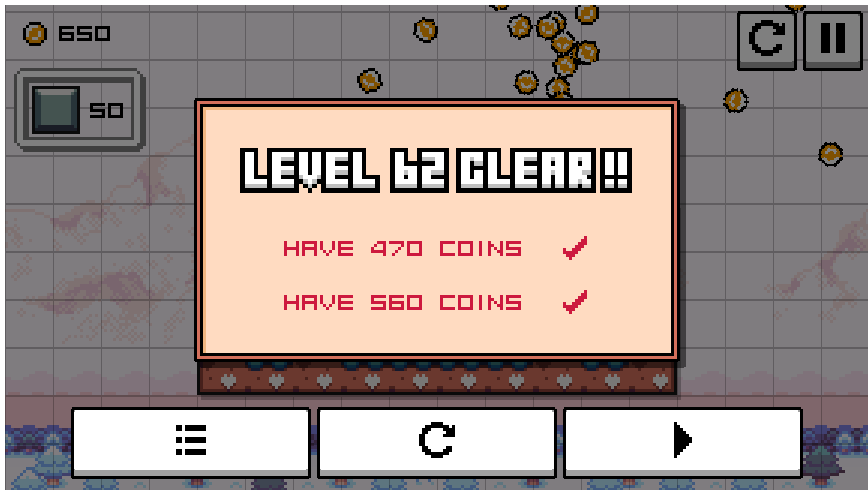 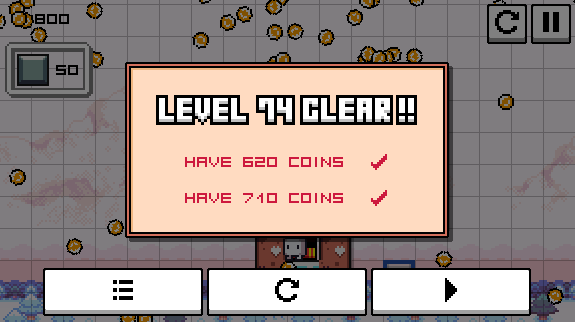 This game is amazing! Love it! the combo of mouse and keyboard but still super basic, and clean puzzles. Very nice! I also give making a puzzle game a go in a +-2 week project. Some tips and feedback would be great! https://guldor.itch.io/citybuilder 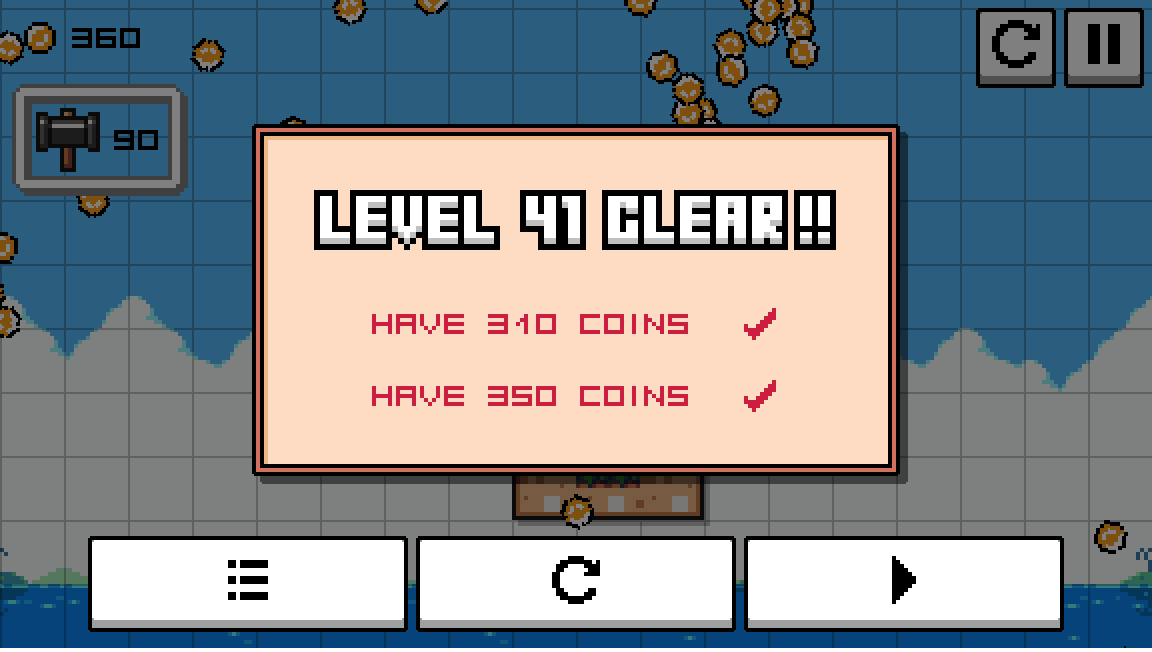 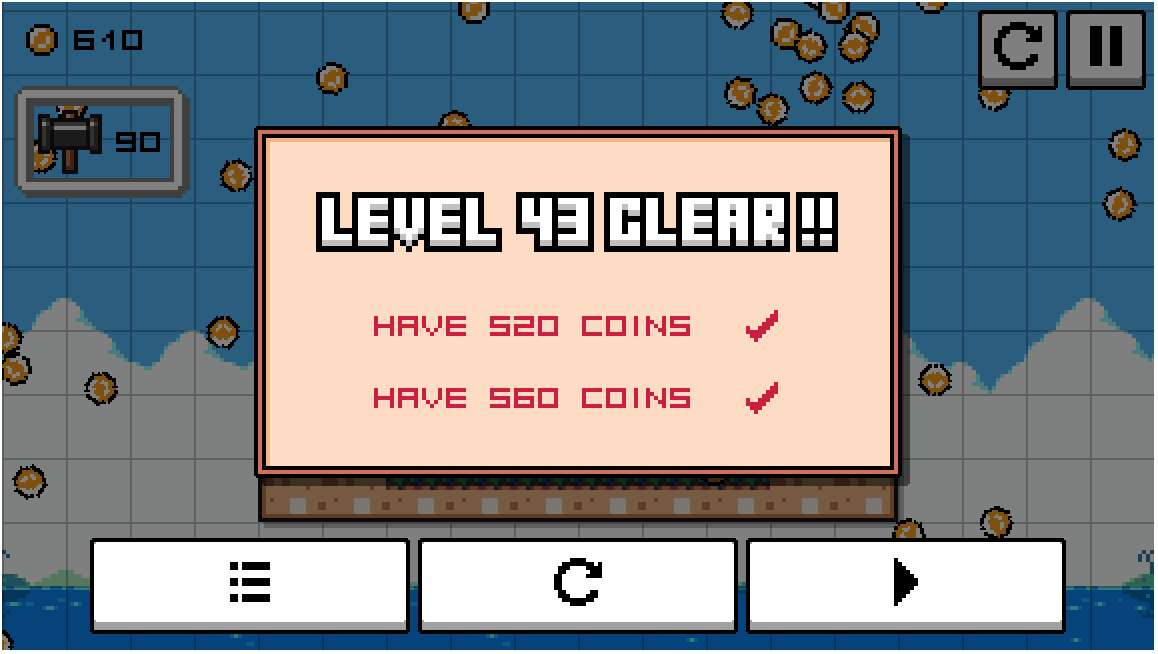 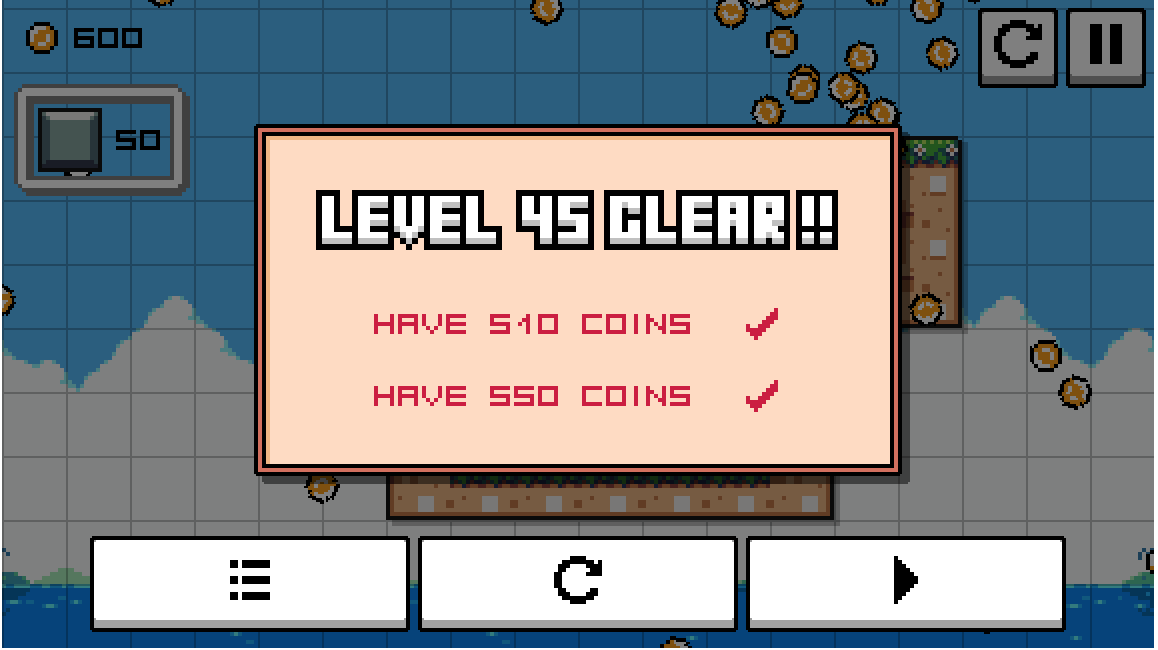 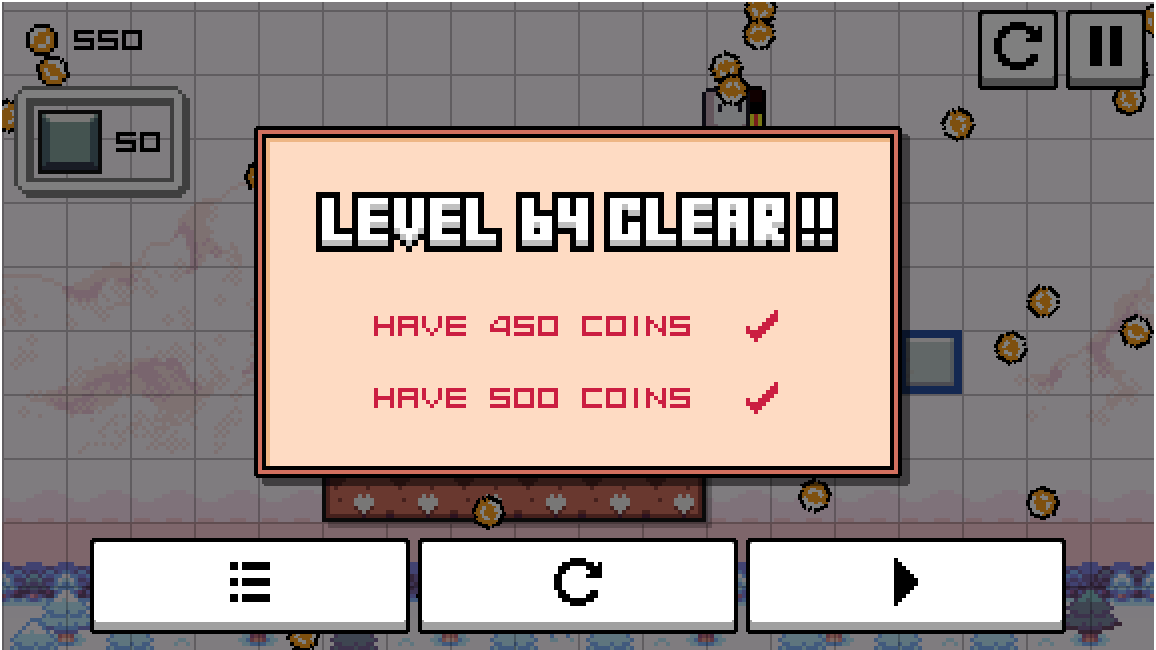 I can't get that first area music out of my head, haha. This game is cute and charming. Just the right level of difficulty. Addictive! 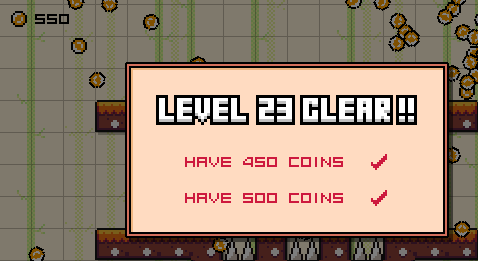 what a beautiful little game. i love watching the box person run <3 might i suggest you remap the functionality of the space bar? i keep pressing that expecting to jump and foolish me keeps opening the menu ;0;

Thank you for your advice! I think about space key. :)

such a wonderful game!!!!

music is great, never got bored of this game

Sorry! Since this is a browser game, I have hidden the download button.

5/5 So much fun! I loved the extra challenge of going back to get the perfect cleared on all levels after beating the game.

There were a few that relied on pure reaction time (especially with the birds and some of the jumps involving ceiling spikes) but most levels required thinking outside of the box to save the most coins. Very smooth controls and nice graphics (reminded me of Forager). Would love to see more tools and enemy types if you add on to the game in the future.

Thank you very much!

That was a good game — it felt like the sort of thing Nitrome puts out in terms of polish and fun. The mechanics are well thought through and the money-as-move-counter adds a nice layer of complexity/replayibility to each level, without feeling like a chore.

Having now gotten gold on all the levels (76 was the last to fall), I think there's probably room to further consolidate them. For instance, there were  a handful of levels that seemed to have unintended solutions where you can finish with a higher number of coins than the gold-medal number. Equally, the mechanics don't seem to yield 80-levels-worth of discrete ideas, which leads to a sense of repetition as you get deeper in.  With that said, nobody ever went out of business making web games with lots of levels :)

One small technical point: I'd consider having a keyboard button to switch between block and hammer, as the mousewheel isn't really viable for trackpad users, and involves two finger scrolling ad nauseam in the hope that it will land on the tool you want to use.

Thank you! And I uploaded it changeable with the [I] key!

However, save data may have been lost after updating the game. (Upon examination, it seems to be the specification of the game developed with Unity Engine.) 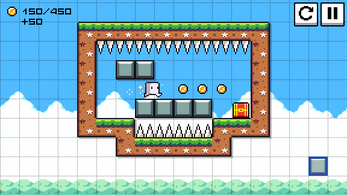 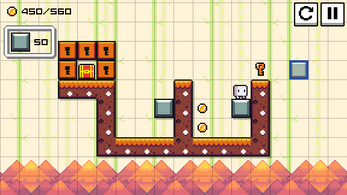 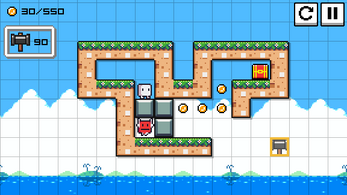 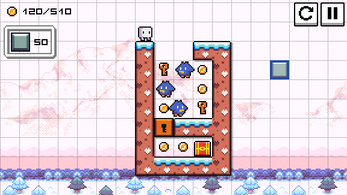